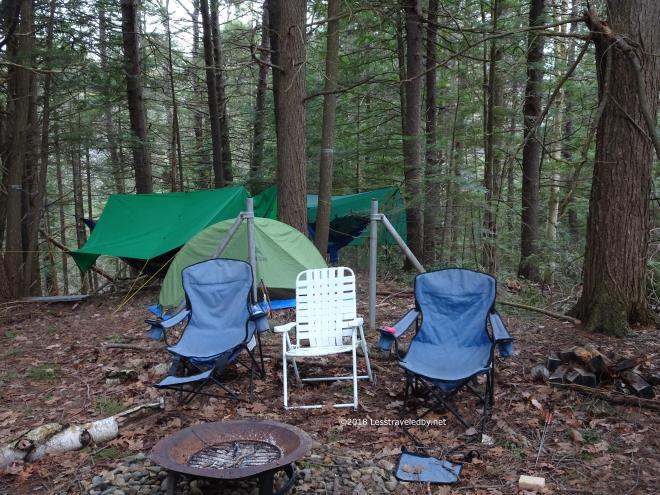 After waiting for weeks we finally found a weekend night warm enough to do some backyard camping. I’d done some work to get a new site set up, but didn’t want to drag the girls out there if it was going to be freezing. With the fire going to roast some weenies and warm beds waiting for us we were happy folks. 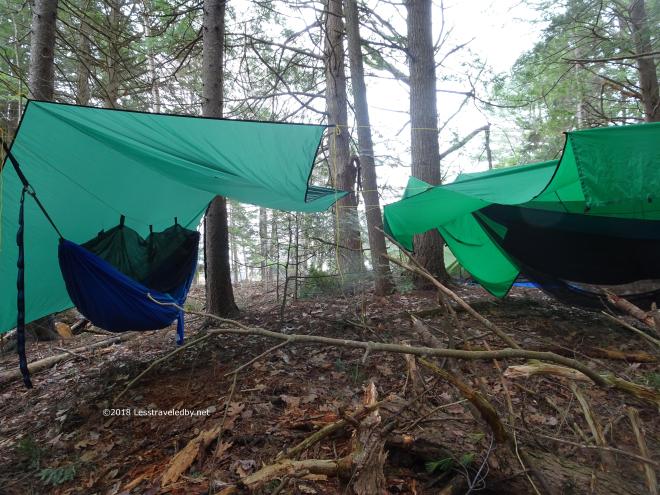 It wasn’t all fun and games though. We were doing some serious testing. The girls were going to see if they wanted to start using hammocks on some trips. I put up my big hammock for my wife to test out and my little one for my daughter to try. With the outside walls staked down and the middle tied together to make a double porch they were all set.

I slept in my Hubba for the first time in over a year and on the ground for the first time in almost as long. Setting up the tent was nostalgic as I’ve been on a lot of adventures with that little green coffin. Laying on a mat felt bad at first but I slept like a baby. I was glad to find I could still do that as I have reservations for LTs on an upcoming Baxter trip. Those boards are harder than ground, but I’ll probably survive.

Ordered a new hammock for my wife, so I guess the test was a success. The little one is on board too so this means we can start heading out to the places where big family tents fear to tread. I just realized how funny that sounds if you know the places we’ve been over the last few years 🙂

Stay tuned for field testing reports once school lets out next month!